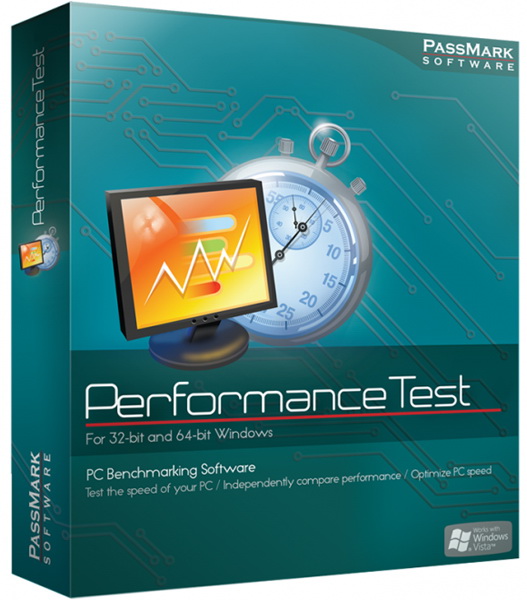 Easy PC Benchmarking
- Compare the performance of your PC to similar computers around the world.
- Measure the effect of configuration changes and hardware upgrades.
- Industry standard since 1998.

Run from USB
You can run PerformanceTest directly from a USB drive. No network connection required. Perfect for IT admins, technicians and computer enthusiasts on the go.

Advanced Disk Test - Hard drive benchmark
This Advanced Disk Test, which is part of PerformanceTest, measures the data transfer speed when reading or writing data to one or more disks. The speed that data can be transferred between memory and a hard disk drive is one of a system's most important performance aspects. There are quite a few factors which have a bearing on this speed and the Advanced Disk Drive Test allows the user to vary most of these factors and compare the results.

Blu-Ray and DVD Speed Test
This test (part of PerformanceTest), allows the data read speed from a CD or DVD drive to be measured. Measuring the write speed to CD-Rs and CD-RWs is also available on Windows 2000, XP and 2003 Server. Vista and Windows 7 use a different write method that is not yet supported as of PT 7.0. The rate at which a CD Drive can read data from a CD ROM varies about many factors. Firstly, and most importantly, is the speed of the manufactured drive. Older drives list speeds of 2X or 4X, (1X = 0.1536 MB/Sec), whereas top end drives at time of writing are now advertised as having speeds of 48X and 56X.

3D Benchmark - Video card test
Included in PerformanceTest is the Advanced 3D graphics test which allows users to change the tailor the settings of the 3D tests to create one to suit their testing needs. 3D Graphics technology has come on in leaps and bounds over the last few years and these tests can help measure how fast 3D images can be created and displayed.

Network benchmark - test your network speed
Almost all computers these days have a network connection of some description. Whether it be a modem connection to an ISP, or an Ethernet connection to a corporate intranet, sending and receiving data to and from other computers is an essential part of day to day operations. A myriad of applications use TCP/IP networking technology - Email, Web browsers and games to name a few popular applications. In most cases, there is one performance factor the user is most concerned with - the speed or transfer rate.

Memory benchmark - test your memory speed
The Advanced Memory Test is part of the PerformanceTest application, and it is designed to test several factors which affect the speed of which data is accessed in PC memory.

Visualized Physics Benchmark Test
This test allows you to view a visualization of what is happening in the standard CPU physics test. It also allowsyou to customize the test to produce different results.

DirectCompute Benchmark
Microsoft DirectCompute is a set of DirectX 11 APIs that allow general purpose computing (typically performed by the CPU) to be performed on the GPU. This takes advantage of the enormous parallel computation capacity of GPUs that would be well suited for parallel, computationally-intensive operations. DirectCompute is fully supported on DirectX 11 GPUs and partially supported on DirectX 10 GPUs. DirectX 11 runtime libraries are required to run these tests. These libraries are only available for Vista and Windows 7. 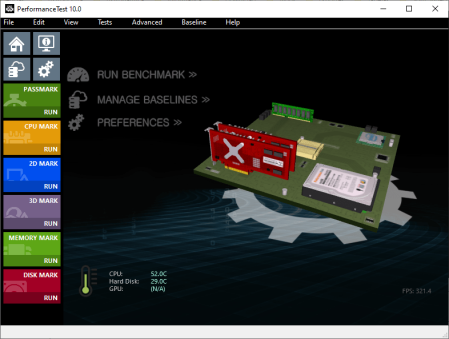 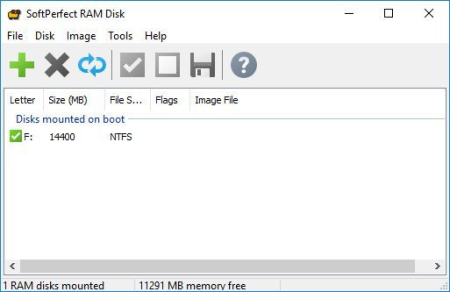